Whether you’re of Danish heritage or not, you’ll love Risalamande (Ris a La Mande). This traditional Christmas Eve dish made out of rice pudding mixed with whipped cream, chopped almonds and topped with a cherry sauce is brought to you by World Market. 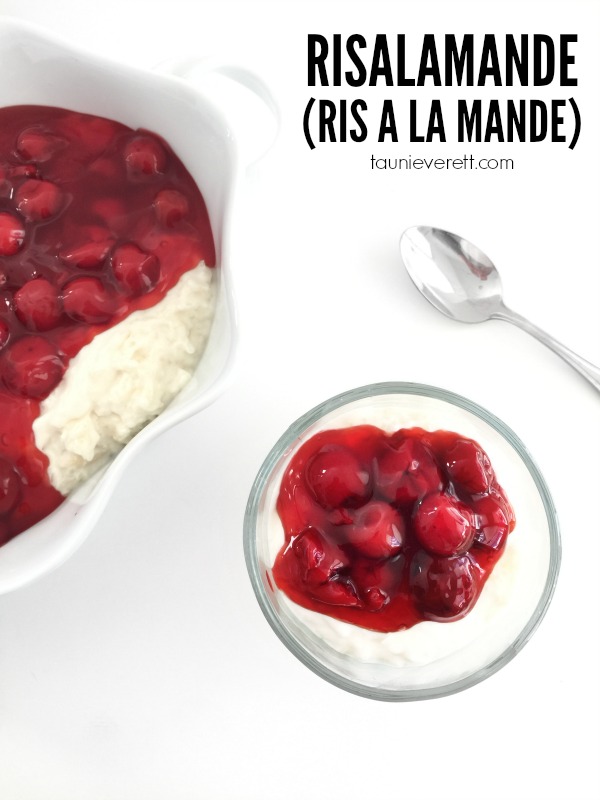 Last year I found myself on my own for the holidays for the first time in over a decade. The prospect of spending Christmas Eve alone was awful. I was so grateful to be “taken in” by my good friend Stephanie. Particularly because she has AMAZING skills in the kitchen and I knew I would be well fed. Ha! I credit her French heritage (her mom emigrated to the U.S. in the 60’s) for this incredible prowess, but she would probably credit hard work and ingenuity.

Steph’s husband comes from an equally diverse background. His mother is Japanese and his father emigrated to the U.S. from Denmark. As you can imagine their home is filled with lots of fun foodie traditions and Steph has mastered every associated recipe from basic poultry dishes to complex sushi rolls and Risalamande (Ris a La Mande), a traditional Danish rice pudding served on Christmas Eve.

When World Market challenged me to share a favorite holiday tradition with you this year, I knew I had to share the joy-filled fun associated with Risalamande (Ris a La Mande) that Stephanie and her family introduced me to last year. 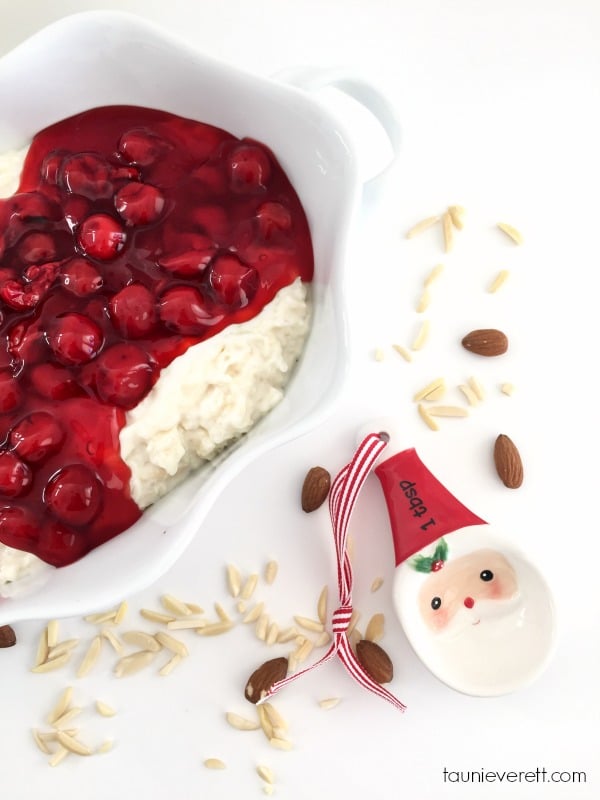 Risalamande (Ris a La Mande) is delightfully creamy. The addition of the light whipped cream to the rich, traditional Danish rice pudding creates a light airy texture, not normally found in a pudding dish. It’s incredible. Even if you’re not a huge fan of rice pudding (what the heck is wrong with you?!), you will enjoy this super-fantastic bite. 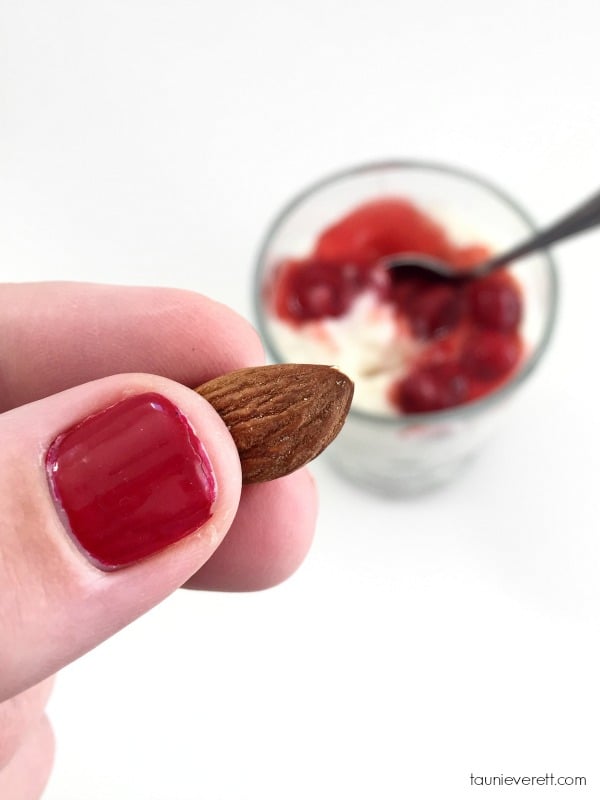 However, the flavor alone isn’t what makes this dish special. This dessert comes with a bit of fun. Folded within the silky-soft depths of Risalamande (Ris a La Mande) is a whole blanched almond. Blanched almonds are a creamy white color and absolutely disappear when hidden within the depths of this sweet dessert. Tradition dictates that the person who finds the whole almond in their dish of pudding wins a small prize. While you could award just about anything, the traditional prize is a marzipan pig!

A pig?! I was a little skeptical that anyone would truly be after this little prize, but I was wrong! This is a SERIOUS competition. 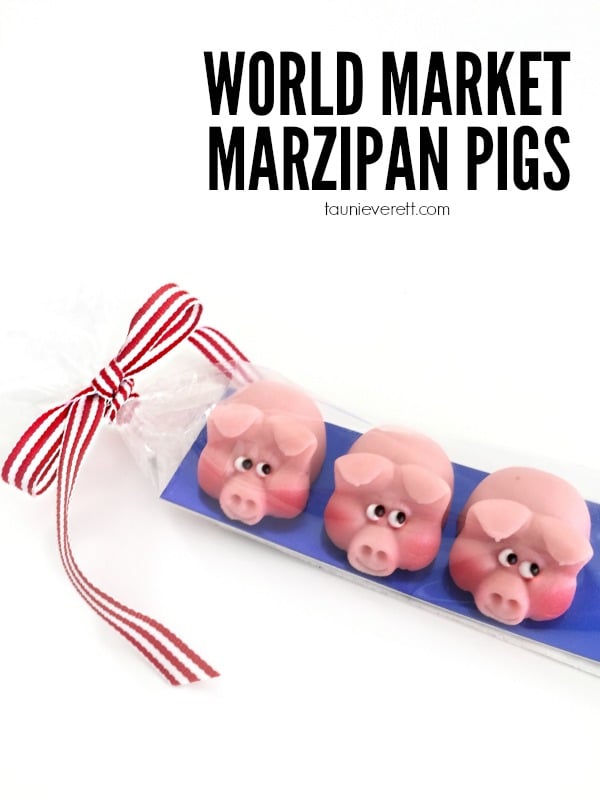 Part of this hide and seek adventure involves the “finder” concealing their discovery for as long as possible, forcing the rest of the party to eat the entire dish of Risalamande (Ris a La Mande), after enjoying a large Christmas dinner. Needless to say, there’s is a lot of “YOU HAVE IT! I AM SURE YOU’VE GOT IT” passed around the table. To say the shenanigans associated with the dish are extremely amusing would be an understatement.

Should you wish to incorporate this fun holiday custom, the most difficult part might be finding your little marzipan piggies. Fortunately, World Market carries a variety of wonderful confections from countries all over the wold. They carry not one, not two, but an assortment of marzipan pigs and other delightful marzipan desserts! The marzipan is available in store and online. 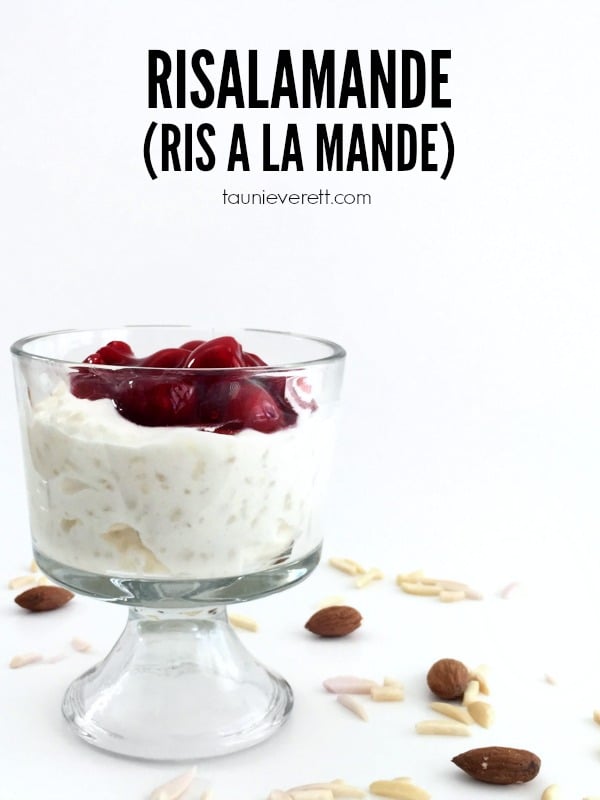 If you plan to make Risalamande (Ris a La Mande) yourself, get your wrist ready. One of the most difficult parts of this recipe is ensuring you cook the rice just right, which includes a whole lot of stirring. The rice will be tender after approximately 20-25 minutes on the stove top, at which time you will add the gelatin that helps set the dish.

You’ll also want to prepare your freezer…Once the pudding mixture has been created, you will spend the next hour firming (and stirring) it up while it rests in the freezer. When the pudding is cold (not frozen), it’s time to fold in the whipped cream, almonds and resist sampling more than one small spoonful.

Risalamande (Ris a La Mande) can be served warm or cold, but it’s almost always topped with a rich cherry sauce! 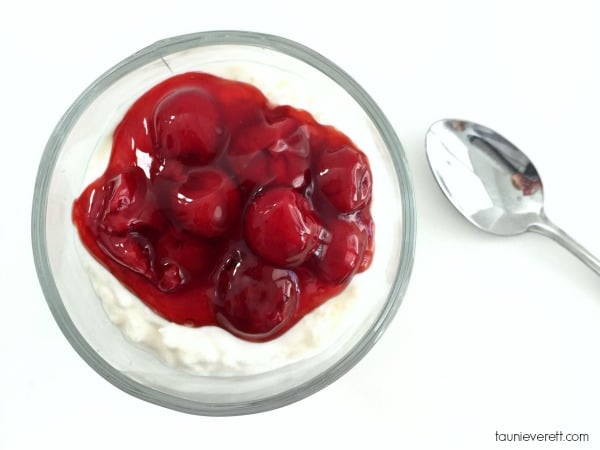 The Norwegians and Sweeds serve a rice pudding dish very similar to Risalamande (Ris a La Mande) – Ris a La Malta. In the case of the Sweeds, the person finding the hidden almond will be married before the next Christmas. My ancestry is Sweedish, so you know I will be scooping up dish after dish this year in hopes that I find the whole almond, secure the marzipan pigs and well…maybe become a “we” once again. 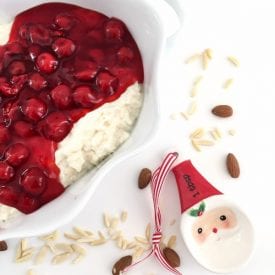 Thanks to my friends at World Market for sponsoring this fun post. 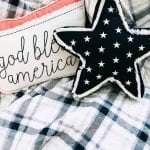 Welcome to another fun week of Show + Tell. It’s time to ooh and awe over amazing creations. Everyone loves...