Wow- I’m so excited to have won this week’s challenge, there were so many great projects. Thanks to everyone who voted! 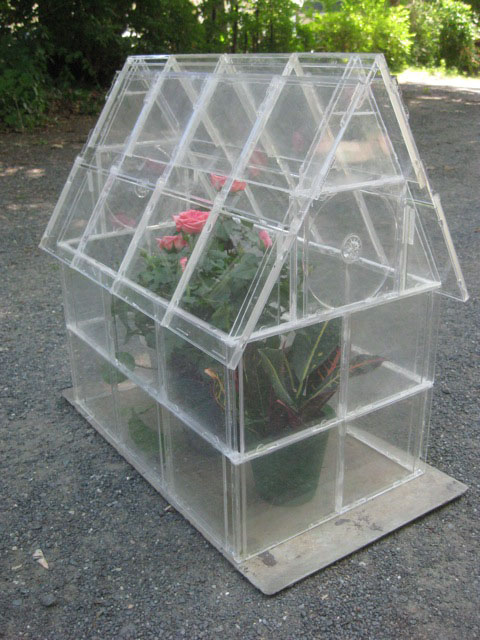 I’m going to tell you up front- this tutorial is pretty long. But don’t get scared off… the greenhouse really isn’t difficult to make. There are lots of details I wanted to be sure were explained clearly. To do that I had to break this down into a bunch of steps and include a lot of pictures. The toughest part about the whole project is cutting the cases into angles- and even that’s not really hard to do, it just takes some patience. The rest of the project is just gluing!

Here’s what you’ll need to make it:

Start with clean cd cases. More than a few of mine needed a bit of dusting off and some old price tags removed. Since most of my cases also had black plastic disc holders in them, and I only needed the clear parts of the cases, I removed and discarded the black plastic. When you remove the disc holders you’ll notice it leaves an open space near the hinge. I’ll talk more about this in Step 2, I just wanted to point out that this is normal and nothing to worry about.

I also came across a few cases that had clear disc holders. The circular pattern reminded me of the fans you see in large greenhouses so  I left those whole and used one on either end in the center of the wall’s peak.

You’ll need to make four walls for the main part of the greenhouse. The two end walls are each made from four cd cases. The side walls are made from six cases each.

Since the cases are rectangular, not square, it’s  important that they are oriented the same way. All the walls have the hinges either on the left or the right, never on the top or bottom. 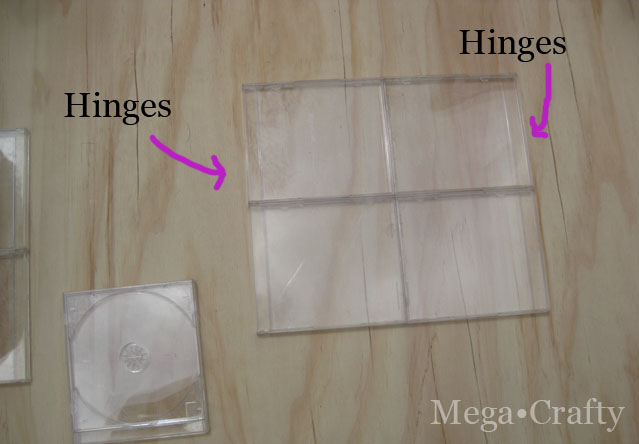 Before glueing anything lay the cases out and decide if the hinges are going to be on the left or the right. And remember the open space near the hinge I mentioned? Make sure on each case that open space faces down, that way you’ll have one side of each wall that’s smooth solid plastic.

Once the pattern has been decided, the cases can be glued together.

Start by making  the two end walls (4 cases each) then make the two side walls (six cases each).  Apply glue to the edges wherever a case touches another case. Line them up carefully so the walls are even and leave them laying flat until dry. 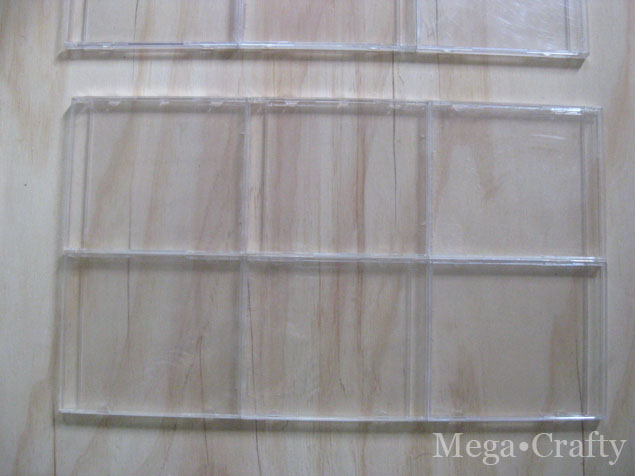 Step 3: Attach The Center CD To The Wall’s Peak

The last whole cd case to go on the end walls is what I like to think of as the center or focal point of the peak. It’s where I used the cases that have the disc holders still in them.

Once the glue on the end walls has set enough that you can touch the walls without disturbing the alignment you can move on to this step.

Place the cd case in the middle of the wall- use a ruler to be sure it’s centered. Glue into place. 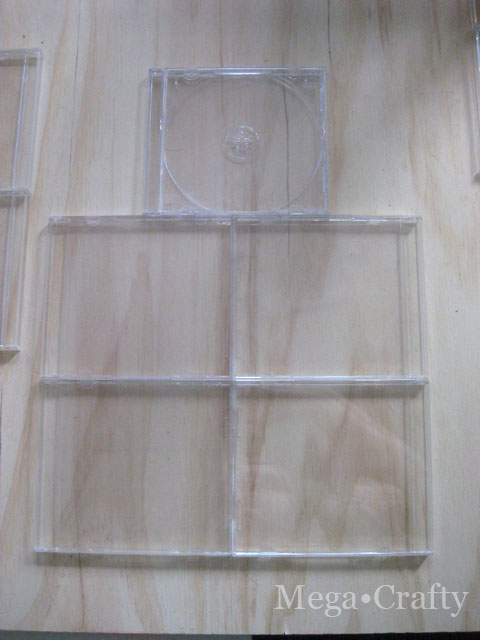 At this point I recommend letting the walls dry overnight before moving to the next step. You really want the cases to be nice and secure when you start cutting angles!

Believe it or not you can cut cd cases with a craft knife (it just takes a bit of patience).

But first things first- before cutting any cases you’ll want to put on safety glasses. When the cases are being scored and snapped there’s always the possibility that little shards of plastic can go flying. Those little bits of plastic can be just as sharp as glass… and you really don’t want one of them in your eye! 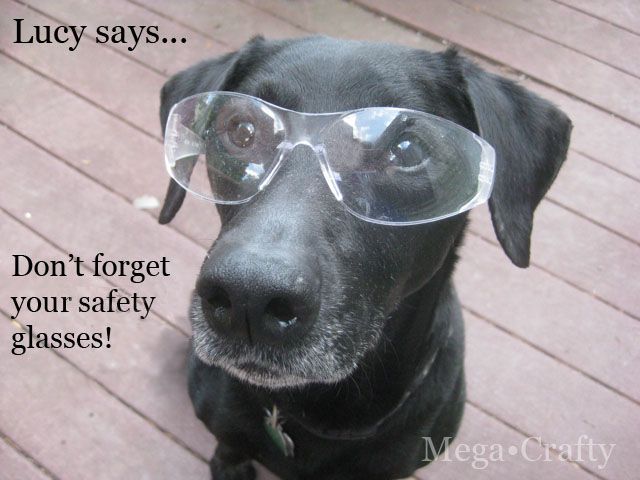 The most important part of this step is getting the angles accurate. Starting with the right corner of the peak place a whole case  in the empty space  (with the hinge facing the left and the open space facing down).

Lay a ruler across the case so that the edges line up with the corner of the full cases next to it and below it. Use your craft knife to score a line across the case that’s going to be cut.

Once the case is marked, flip it over and line the ruler up so it looks like it matches the line you’ve already scored on the other side. Then score a new line on this side of the case. Now that both sides are marked with a line, open the case up so it lays flat and score matching lines on the inside. 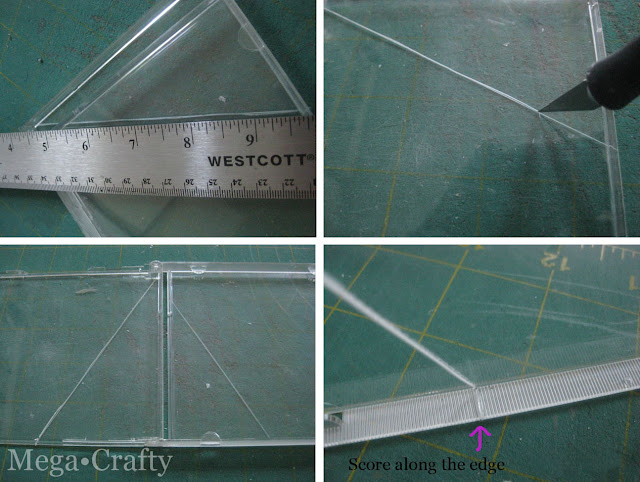 Using a fair amount of pressure, repeatedly cut over all the lines on the front, back, inside, and outside of the case. You’ll also need to cut the plastic on the edges of the case, where the front and back lines match up. After you’ve gone over the lines several times the case will begin to cut all the way through in some spots. When this happens the case can be snapped. To do this, carefully apply pressure along both sides of the score line until the case snaps cleanly. 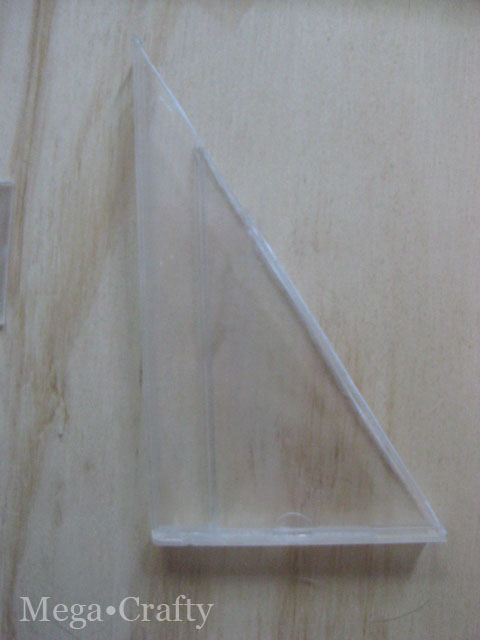 It may take a little practice- I broke two cases before getting it right. The two most important parts were making sure the harder plastic on the edges of the case were scored enough and changing the blade when it got dull.

Once the case is cut you’ll notice that the two pieces don’t hold together very well and that there’s no support at the tip of the angle. To fix this, first take a leftover part of the case and cut a piece off the edge. 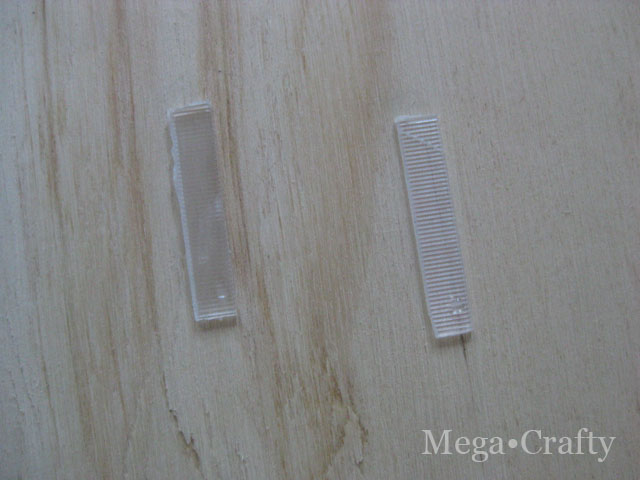 Go back to the angle piece that you just cut and glue the edges of the case together. Then, using your tweezers, glue the leftover edge piece in between the front and back of the case to support the top. 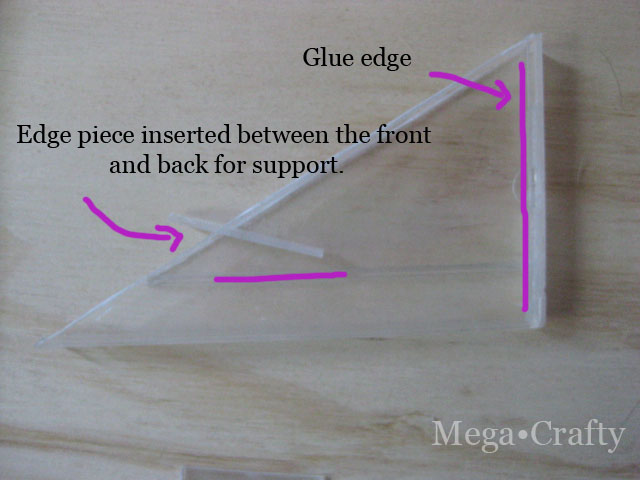 Repeat for the left side, making sure the hinge of this case is on the right and that the open space is facing down.  Glue both pieces into place. 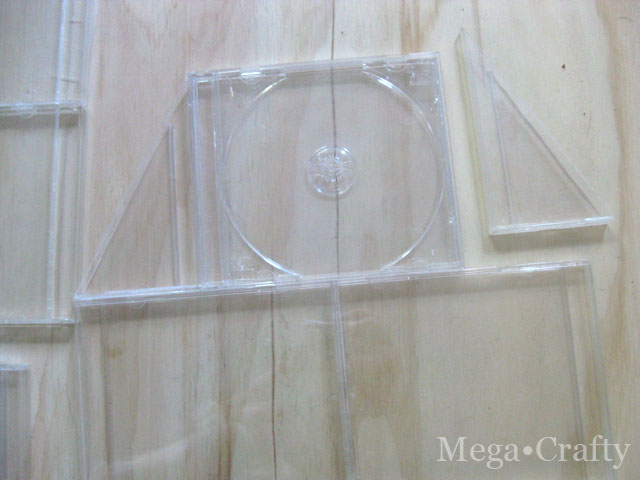 To make the top of the peak you’ll need to cut a triangle. It’s done the same way as the side pieces, only this time to mark the angle you’ll place the ruler along the corner pieces that were just cut. 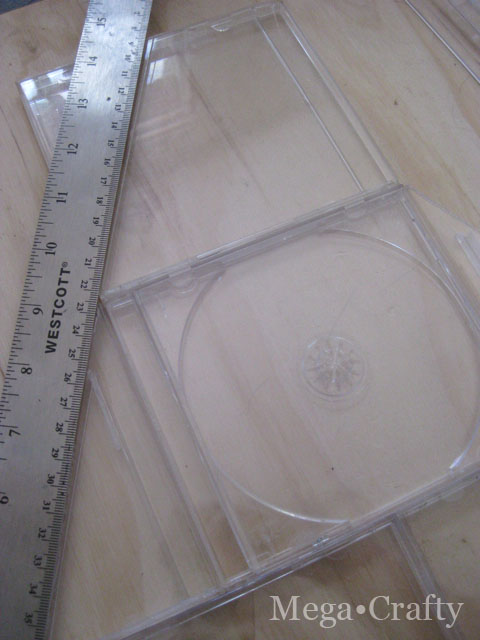 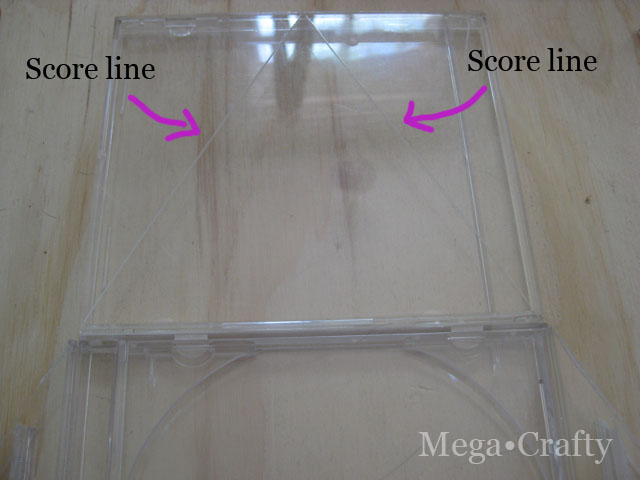 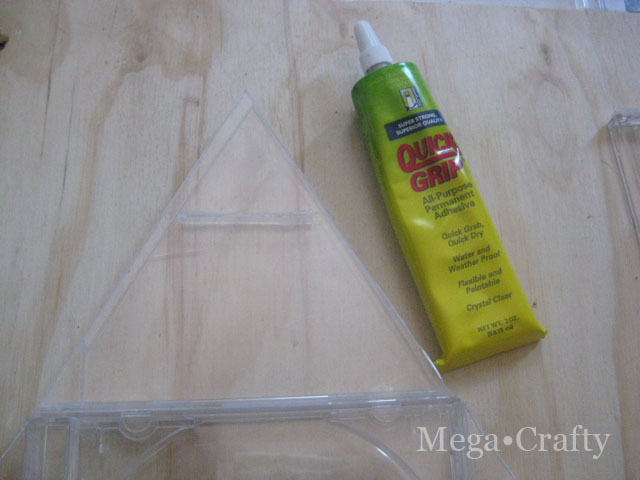 Step 5: Gluing The Walls Together

Once all 4 walls have dried stand them up and face each wall so the open spaces are on the inside. It’s a little harder to glue this way- but the result is a nice smooth wall on the outside. 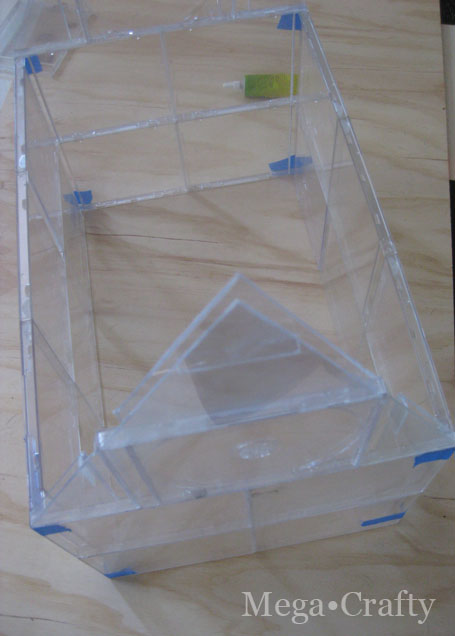 Glue the edges of the walls, holding them in place with tape until the adhesive dries.

Once the glue has set you may notice gaps or weak areas; if that’s the case, use your glue like caulk to reinforce the joints. Run a bead of glue up the inside corners where each wall meets. Immediately wipe most of the glue away with a paper towel, moving from the bottom of the wall in a straight line towards the top while applying a little pressure with your finger. This will force the glue into the gaps and remove any excess.

Step  6: Making The Peak Of The Roof

To make the top of the roof four cd’s are bent in half and lined up to form a peak. 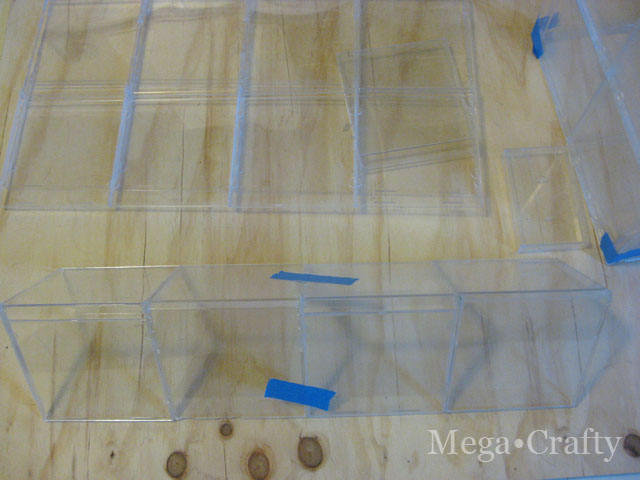 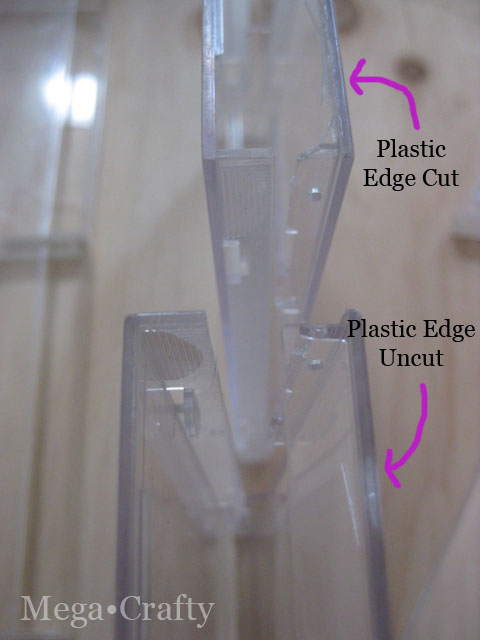 Once all four cd’s are cut it’s time to set the angle of the roof. I thought this step was going to be difficult but it turned out to be very easy. Put some glue on the hinges of two cd cases. Balance one on the top of of each end walls and let them dry in place. 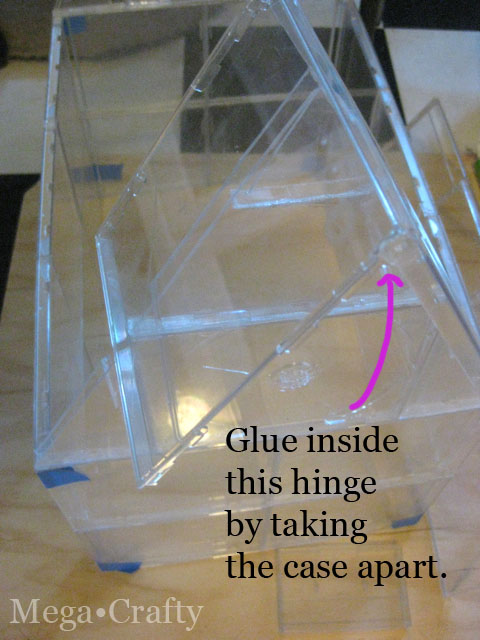 Once the glue has dried it will keep the case at the correct angle, and now it can be used as a template to set the angle on the last two cases needed for the peak.

Remove the cases from their balancing place on each wall and set them on the flat surface.  Before you glue all four cases together line them up so the openings alternate sides. The cases seemed to fit together more evenly this way. 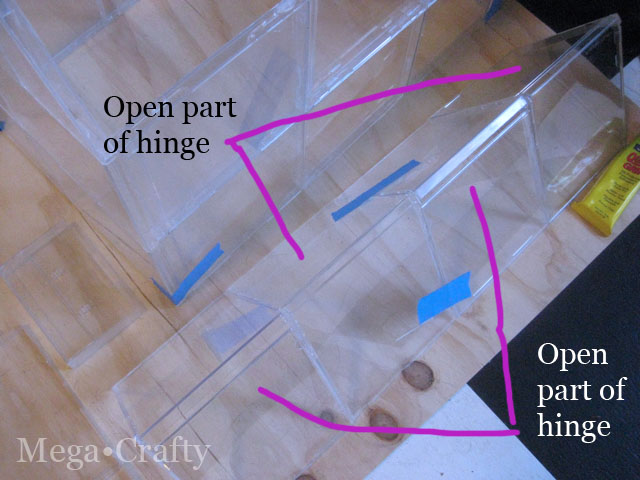 Glue the other two cases to the ones that have already been glued into an angle, using tape to keep the angle matched until the adhesive is dry. When those two pairs have set, glue all the cases together, and you’ll have four cases for the top of the roof at the correct angles.

When that piece is dry it can be centered on top of the walls and glued into place.

This last part was so much fun! I think it’s the finishing touch that really makes this little greenhouse sing.

You’ll need four cases for each side of the roof. Open the cases so they are laying flat, and glue the edges together to make a panel. Be careful not to get glue into the hinge or else your panels won’t be able to fold up once they are dry. 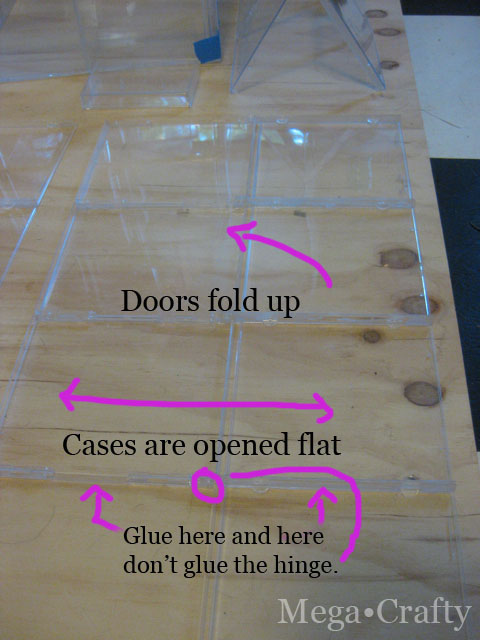 You’ll notice that on one side of each case there are three raised plastic edges, the other side of the case has two raised edges and one flat edge. I placed the panels on the roof so that the side with the flat edge was at the bottom closest to the walls. But you can place the panels however you’d like- it’s an aesthetic choice.

Place the panels so they overlap the roof’s peak, cover the open area of the roof, and overhang the walls just a little. Be sure the flaps fold up or else you won’t have panels that open for watering and ventilation! Glue along the top as well as the front and back sides (again it’s important to not get glue in the hinges or else the flaps won’t open). Use tape to hold the panels in place until the glue dries. 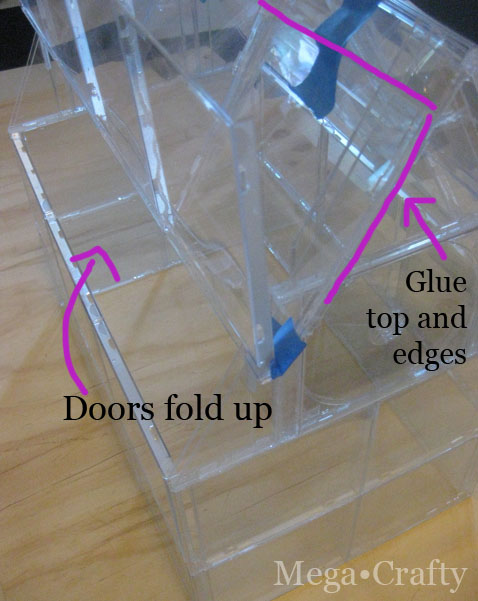 When the glue is dry remove all the tape and you’ll have an incredibly light, very strong, kinda cute little cd case greenhouse! 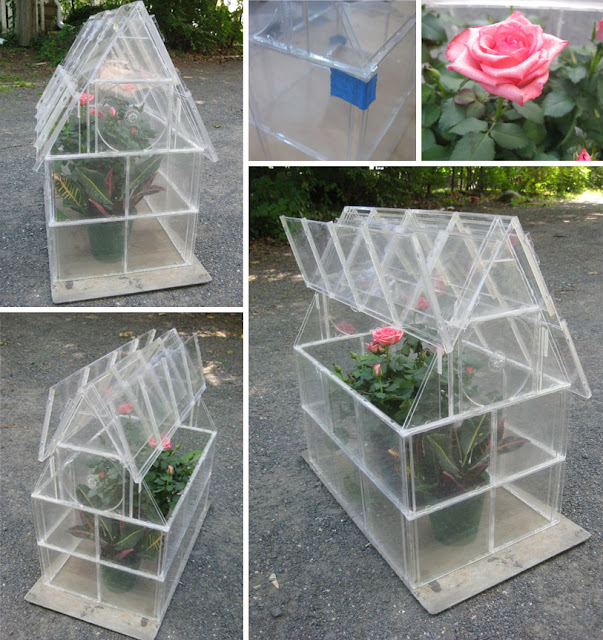 In “CASE” you need some ideas. 15 Fantastic DIY Pillow Cases 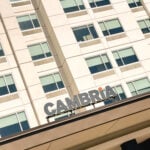 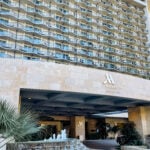 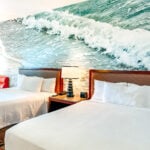